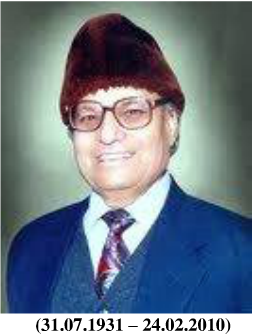 Professor B S Yadav spearheaded the activities of ISHM for almost three decades.  Born in Mathura, India, he dedicated his whole life to the cause of mathematics and history of mathematical sciences.  After obtaining his B Sc (1953) and M Sc (1957) degrees from Agra University and Aligarh Muslim University, respectively, he pursued research in mathematics at M S University, Baroda, for which he was awarded Ph.D. in 1965. Through his extended research career he made significant contributions to Functional Analysis, Operator Theory, Fourier Analysis and studies in History of Mathematics. His teaching career started at M. S. University, Baroda (Lecturer, 1956-1964). He then moved to Sardar Patel University, Vallabh Vidya Nagar, Gujarat (Reader, 1964-1970), and later to Delhi University (Reader, 1970-1976 & Professor 1976-1996). He played an influential role at various universities and Indian boards of studies. Besides serving on numerous important committees such as Academic Council and Research Degree Committee, he worked also as Head of the Department of Mathematics and as Dean of the Faculty of Mathematical Sciences in Delhi University for several years. He was widely traveled, with over 25 visits to various universities abroad, and was a Visiting Professor of Mathematics at Cleveland State University, Cleveland, Ohio, USA during 1987-1988. He was associated with several academic bodies and research journals. He was a founder member of the Indian Society for History of Mathematics,  founded by his guide and mentor late Professor Udita Narayana Singh in 1978. He was deeply emotionally involved with this Society and was the main driving force behind its activities for over two decades. He served the Society as its Administrative Secretary over a long period and was the Editor of the Society’s bulletin Gaņita Bhāratī in recent years.  His tireless efforts contributed a good deal in creating a new awareness in the study and research in history of mathematics in the Indian context. He inspired many, young and old, to enter into new ventures in the study of ancient, medieval and modern history of mathematics.  He continued to be engaged with mathematics to his last breath.

B S Yadav was an organizer par excellence. He organized many national and international conferences, seminars and workshops.  He always encouraged the publication of their proceedings and had been anxiously awaiting an early release of his two edited volumes till his last but the cruel hands of destiny did not allow the fulfillment of his wish.